HOW DO EMPLOYEES BEAT DRUG TESTS?

Nearly 70 percent of illegal Drug users are employed.
In order to protect the company, it’s employees and the public, most employers have a pre and post employment drug screening program.

According to a press release by Quest Diagnostics, cocaine, marijuana, and methamphetamine use is up among American workers.

Unfortunately, along with the growth of illegal drug use, particularly the opioid epidemic, job applicants end employees always looking for ways to beat an employment screening  drug test.

Below is a partial list of some of the methods used.

Quest Diagnostics, which conducts workplace drug tests, reported in May 2017 that drug use in the U.S. workforce reached its highest positivity rate in 12 years after it reviewed 10 million workforce drug test results. According to its press release, cocaine, marijuana, and methamphetamine use is up among American workers.

Urine testing is the most frequently used method of employment drug screening. Testing of blood, hair, and oral fluid for drugs is also used in some cases.

While drug testing is available in 5 or 10 panel screens, with the advent of opiate anther exotic drugs usage, almost all employers now use the 10 panel drug test. 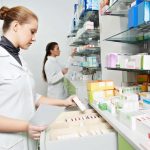 In order to allow time for the drug to dissipate from  their system, an applicant or employees will try to postpone the drug test as long as they can. Some drugs remain detectable much longer than others. It also depends on the metabolism and physical characteristics such as weight.

That is why many employers consider insist that once given the drug screening chain of custody form the applicants are also given written instructions that the drug test specimen must be concluded quickly, usually within 24 to 48 hours if the testing facility is available. It is a strongly suggested that the the complete drug testing policy be included in the employee handbook and kept up to date.

Samples that have been tampered with are referred to as an “adulterated specimen.”

Sometimes Bleach, soap, eye drops, salt, peroxide and other substances are added in an attempt to mask the presence of drugs in the system or to confuse the drug testing apparatus.

According to the AACC, “Both collection sites and laboratories have at their disposal a number of mechanisms to detect potentially invalid specimens.” But the AACC says specimen integrity testing doesn’t detect all adulterants, such as Visine eye drops, isopropanol, and other urinary adulterants.

Drinking large amounts of water or other fluids immediately preceding giving a drug test urine sample can diminish detectable drug levels of some drugs.
Also, sometimes people attempt to add water to the specimen. However, the drug testing laboratories are well aware of these methods and have standards that tell them if a specimen has been diluted.  This will be reported as no result due to a diluted specimen.

Many drug testing laboratories add dye to their toilets to prevent people from accessing these dilution methods.

An obvious method of beating a drug test is substituting a “Clean” sample.

Urine obtained from someone else (or even an animal) is often attempted as well as synthetic or powdered urine packets  available on the web.

One of the biggest problems inherent in the substitution method is keeping and presenting the sample at the appropriate temperature. Attempts to reach an acceptable are made by holding the substitute specimen under an arm, close to, or even in the body.

This is more difficult to pull off than it might seem as laboratories test for specific human body temperature ranges which are hard to accomplish with artificial means.

5.  Detoxification Of the Body By Drinking Or Eating Certain foods

Consumption of natural foods or liquids such as eating herbs like Burdock Root, red clover and or eating  foods high in fiber.

Legislation To Address The Problem Of Cheating on Drug Tests

Cheating on drug tests has become enough of a problem that lawmakers have begun to address this problem by passing laws to discourage it. Consequently, a number of states have enacted or proposed laws that make it illegal to sell or use fake urine to pass a drug test.

It is illegal to sell or use synthetic urine or cheat on a drug test in at least 18 states already.

Arkansas, Indiana, Louisiana, New Hampshire and Oklahoma are among the eighteen states where it is illegal to sell or use synthetic urine to circumvent a drug test.
A number of other states are expected to pass similar laws.

Cheating on  A Drug Test illegal In These States

North Carolina,
Anyone that helps someone cheat on a drug test is guilty of a Class I felony.

Oklahoma
Up to one year in prison and a thousand dollar fine can be the penalty for anyone convicted of helping cheat on a drug test.

Oregon
Makes cheating a drug test a Class B misdemeanor with a maximum fine of $2500, or up to 6 months in jail.

In South Carolina, the law addresses both the supplier and the user of such synthetic substances.  The penalty for a first offense may includes up to a $500 fine or as much as 3 years in prison or Both. fine of up to $5,000, or up to 3 years in prison, or both

In Texas, the law classifies any person who “knowingly or purposefully manufacturers, delivers, owns, uses, or possesses a substance or device designed to falsify a drug test result” as guilty of a misdemeanor.

All of our reports are FCRA compliant.