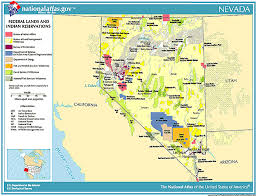 (CNN)     Starting in 2020, Nevada employers cannot refuse to hire a job applicant for failing a marijuana screening test, making it the first state to pass such a law.

There are some exceptions. The law does not apply to firefighters, EMTs, employees who operate a motor vehicle, or those who, in the determination of the employer, could adversely affect others’ safety.

Employers conducting background checks in Alaska, Arizona, Idaho, Montana Nevada, Oregon and Washington State should be aware of this ruling and take steps to comply with this ruling. 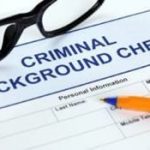 (1) disclosure and consent under Fair Credit Reporting Act; and

By including release/authorization language related to the required state form, or any other required disclosure or release, the court also ruled that the combination form violated the FCRA because it contained “extraneous information and was as likely to confuse as it was to inform.”

The court also found that the CheckSmart Financial LLC, release form also contained language that a reasonable person would not understand.

Specifically, the court cited this sentence:

“The scope of this notice and authorization is all-encompassing; however, allowing CheckSmart Financial, LLC to obtain from any outside organization all manner of consumer reports and investigative consumer reports now and, if you are hired, throughout the course of your employment to the extent permitted by law.”

First, the court found that this sentence did not explain how the notice was all-encompassing.
Moreover, it did not disclose the impact that authorization would have on a prospective employee’s rights.

In addition, the court cited the portion of the sentence after the semicolon.
It found that it was incomplete, lacked a subject and that the drafting may have caused confusion as to the possible limits of the authorization

What should employers do?

1.    Obviously, Avoid Combining Any Other Release Or Disclosure Forms

2.    Use Standalone Easy To Read and Understand Documents Only

4.    Separate Subjects In The disclosure Language With Bold Title Headers

Nevada SB 409 – revises the law for preparing background check reports by Consumer Reporting Agencies (CRAs). Governor Brian Sandoval has signed Senate Bill 409 (S.B. 409) which “removes the prohibition against disclosing a record of conviction of a crime which is more than 7 years old, meaning that there is no limitation of time for which such a record may be disclosed.”

National Employment Screening provides professional employment background check services to Nevada employers to help you protect your employees and clients from the costly effects of making a bad hiring decision.

Our Automated Employment Screening provides an applicant controlled process that allows
FCRA compliant background check forms, including Electronic Chain-Of-custody  forms
and  releases to be completed online by the applicant.