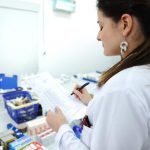 Drug screening and Testing may be performed for pre-employment purposes for positions affecting public safety.

The state of Nevada allows the medical use of marijuana.

The following changes to the law regarding marijuana testing are excerpted from the CBS news story linked here.

Starting next year, employers won’t be allowed to reject potential job seekers because they failed a test for marijuana use.

In addition, workers who fail a drug test during their first month at the job will be able to challenge the finding by paying for a second test.

The law leaves out public safety jobs, such as firefighters, medical technicians and jobs that require drug testing under federal rules.

Workers’ Compensation benefits may be denied if the cause of the injury is due to intoxication or the use of a controlled substance.

Employers may not discriminate by testing only certain groups of employees by race or gender for drug testing.

Nor, may they defame an employee by publicizing an employee’s positive test results.

ADA. An applicant who is taking medication for a disability is protected by the Americans With Disability act (ADA.)