Regular background checks up on current workers is starting to gain traction in all industries.

Companies are concerned that either something was missed in the initial background check which occurred some time ago or since being hired. Lawyers will claim the company should have known about this record even if the event occurred after the person was hired.

One of the most interesting newer reasons for rolling background checks arises out of incidents where employees sabotage their former employers data.

Since these security breaches may not be discovered for some time after an employee has left, the new employer would not even be aware of it in the pre-employment background check if criminal charges had not been filed prior to the person being hired. 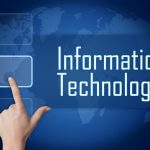 A. Comply with the law in those industries such as medical, transportation and security industries where regular background checks are required by law.

B. Promotions may increase an employees’ access to sensitive company information and also additional authority over other employees can sometimes be problematic.

C. Reduction in liability arising out negligent retention and negligent hiring claims. Certain arrests and convictions may indicate a danger to other employees or the public.

Many companies elect to do rolling background checks on 8 t0 10 percent of the employees on a monthly basis, so as to spread the expense over the year rather than in any one month.

The MeToo Movement has caused a number of companies to be concerned about any employees which may have the potential to embroil the company in a frightening case of “MeToo” litigation and unwanted publicity.

Many companies are trying to deal with mounting pressure to do a better job in discovering workers who might commit violent or harassing acts in the workplace.

Some industries like banks, financial services and medical care  have had rolling or regular screening for some time.

Now however, many more industries are accepting that periodic background checks and driving records checks may be their best protection by allowing them to screen out problem employees.

As more law enforcement and court systems are online now, rolling or periodic background checks are easier and often less costly than in the past.